What follows is a list of recent activity of storms and radar anomalies seen in parts of Canada and the United States (South Dakota / North Dakota). From the Prairies to Ontario, with neighbouring NEXRAD stations in the United States, we have analysed satellite and radar data to see where these strange tapering storms are coming from. Click on an image to enlarge it for more details. 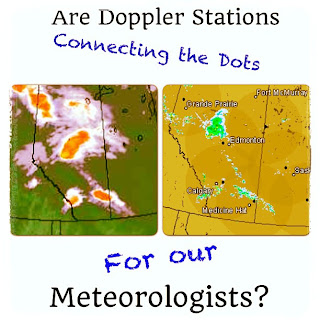 Below: Toronto, Ontario gets hit with a hard storm, and tornado warnings were issued in the area. Look at where this NEXRAD storm starts and ends. We highly doubt that the media will not mention a word about where this storm precisely originated from in the States. 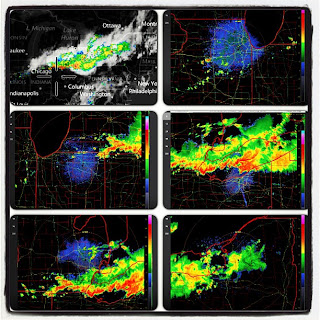 Below: A photograph captured by a resident of Toronto, showing the city's sky before the storm hit. 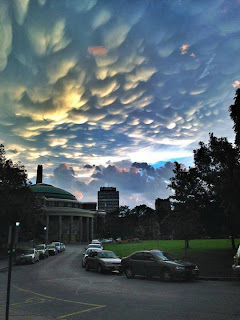 Below: If  NEXRAD stations could talk, perhaps they could explain to us where all these tapering storms are coming from? 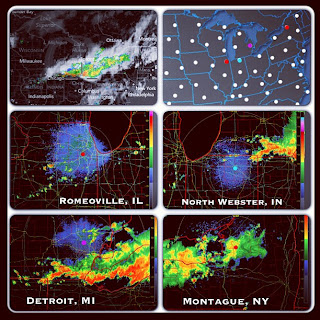 Below: NEXRAD-induced storms: The latest inventions in weather modification using electromagnetism methods listed in patents that aren't new. Ask a meteorologist if it is normal to have these tapering, plume-shaped cloud systems originate from near the centre of these Doppler / NEXRAD stations, being passed from one to another. Are these storms caused by  global warming or storms caused by geoengineering. What do you think? 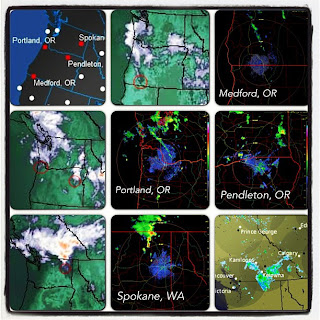 Below: Although he could have done it himself, the Bethune (near Regina) Doppler station would personally like to thank Glasgow, MT and Minot, ND Doppler stations for their minor support in generating this tapered storm system. 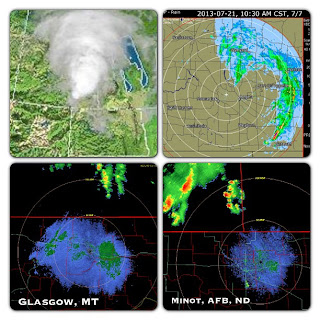 Below: Prairie radar data. This Doppler-driven storm was moving south east in the top two frames, then suddenly at 10:00 UTC in the third frame, data becomes "missing" for the Bethune (Saskatoon) station. After this missing data frame, we suddenly see the storm immediately halt in going south, and it deviates to go directly east. A little strange, wouldn't you say? 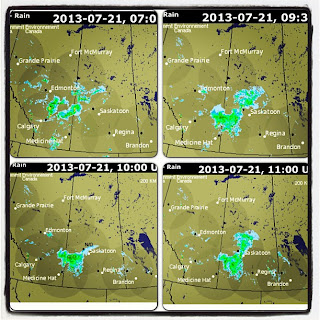 Below: These Prairie storms seem to line up and orient themselves so well with the Doppler stations. There is no way electromagnetic forces could influence moisture, or is there? 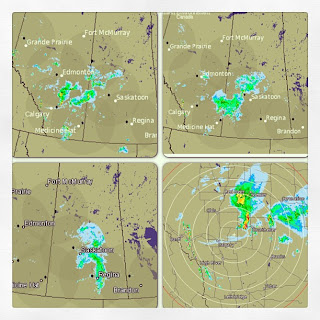 Below: If storms could talk, what do you think they would say? This one may be using charades to tell us something, as its moisture tapers and points towards the Bethune, SK Doppler station. 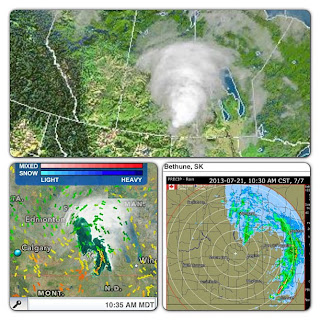 Below: Electromagnetic forces can't influence storms, or can they? Read the weather modification patents to find out more. Interestingly, this storm is travelling south east , and we literally see a wave of ripples going south, directly through the centre of the Doppler radar. These cloud ripples appear to hold very little moisture, and are not dense like other parts of the storm system. It almost reminds us of the Doppler waves seen in clouds at times. Is this a signature of the Doppler station being put to use? 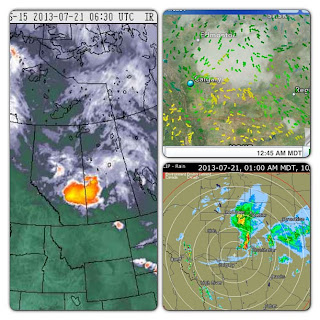 Below: North Dakota and South Dakota storms. NEXRAD stations are connecting the dots for us. Can you connect the rest? 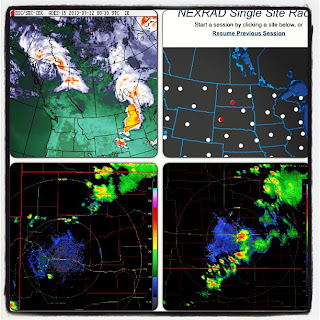 Below: Dryden, Woodlands, Winnipeg and other parts of Manitoba would like to thank Canada Doppler stations and North Dakota / South Dakota NEXRAD stations for bringing more storms and rain to their areas. Is geoengineering messing with our water cycle? 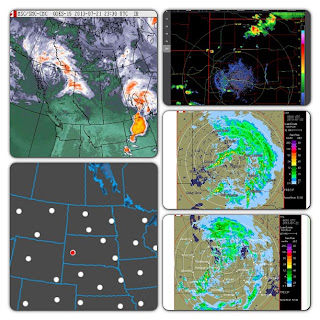 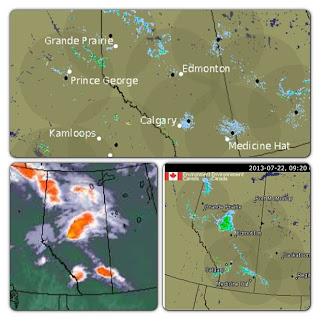